So you want to be Xamarin Certified?

Last Wednesday I completed my Xamarin University exam which means I can call myself a Xamarin Mobile Certified Developer for the next year. I had planned on writing about the experience but some other recent Xamarin news which was announced the day after has kept me busy.

Xamarin was recently purchased by Microsoft and at Build 2016 they announced that their tooling would be offered for free to everyone from the newest release of Visual Studio onwards. That fact on itself is already big but they also announced that their platform will go open source in the next few months. Services like Xamarin University and Xamarin Insights will also be undergoing changes in the upcoming months so the certification experience may be different if you read this at a later time.

The experience starts with a mandatory starter class. This class tells you how things work in Xamarin University and how you can plan your classes. If needed the instructor helps you with setting up your development environment but seeing as how I already had that set up I skipped that part. Planning classes is pretty straightforward. Developers are living all over the world so a lot of the available class times might not suit you. The classes I took were mostly held at 19:00 or 20:00. 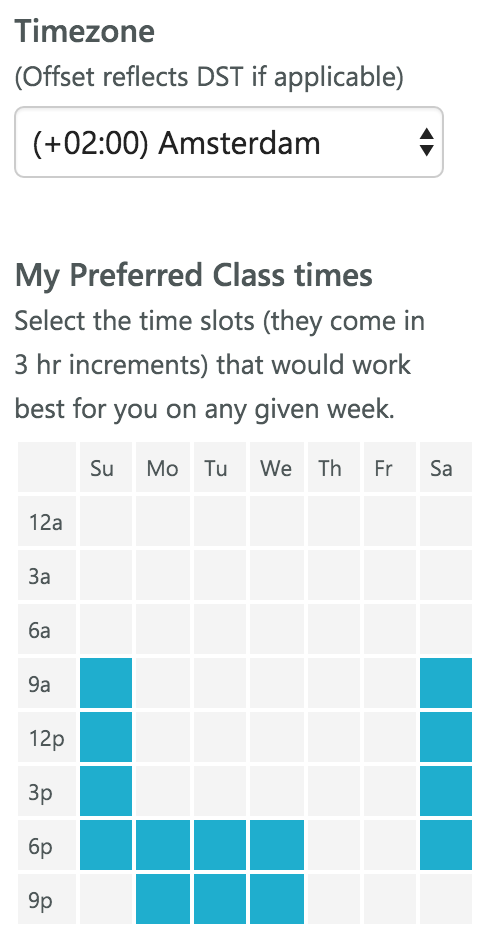 There are 18 mandatory classes at the time of this writing, but you are able to skip some of them by taking an introductory assessment exam. The questions span about 7 of the current classes and I would advise you to look through the class materials of these classes before taking the exam. Taking this exam also gives you a taste of the actual final exam since that works the same.

When it comes to planning your next classes you have about 8 instructors to choose from and if I’m allowed to be mancrushing for a second I’d have to admit that I took all my classes from Jason DeBoever and they were great fun and you learn stuff too! :) Topics for the classes are categorised into tracks as follows: iOS, Android, Xamarin Forms, Cross Platform Design, Testing and Enterprise Services. There are some general C# and F# classes but I haven’t ventured into those class rooms yet. Participating in a class is done through GoToMeeting where you can chat with your fellow students which gives you some insights that you might not have had yourself.

It took me about 3 months to go through the mandatory classes for certification but I’m fairly sure that when you can take classes during work hours that it can be done a lot quicker. I liked my own pace at about one or two classes a week. The Xamarin University license is valid for a year, so even after certification you can take additional classes. I guess a lot of people might just go for the certification and quit after that though. During the end of your certification period you can take a recertification exam. I guess that will have changed by the time I can recertify myself due to the merge with Microsoft.

Xamarin University might be considered quite pricey at $1,995 a year. It is needed to take the certification exam and you have unlimited access to all the classes and videos for the entire year so there are not a whole lot of ways around it. In my opinion it’s totally worth it though especially with the live classes where you can have amazing discussions with fellow students and the instructors. The whole thing might change over the course of the next few months and the only thing I can hope is that it will not end up being “just another Microsoft exam” like the others in the 70-4** series. In my opinion those exams are useless but that’s a whole other discussion.

Note: Another useful resource is this series of blog posts about Xamarin University that bundles a lot of content from the mandatory classes. It makes for a nice study guide that I also used to prepare for the final exam.

Out now: Snppts for Xamarin Forms!